Apart from its originally intended smartphone segment, Android is being widely used across different applications including industrial HMIs, customized consumer devices like note-taking tablets, Medical devices, etc. One such popular usage for Android is for the Auto-infotainment system. Here the conventional audio/video player system is replaced with an Android-based touch system that doubles as an entertainment device as well as a monitor to the internal status of the car. In some cases, even a limited control of the automobile performance is also available through the Android infotainment system. Though such devices are not critical for the functionality of the vehicle, it is important to provide a reliable system along with a good level of responsiveness to the user. There are unique challenges in designing such systems because of a high level of integration and harsh working conditions.

Embien has successfully enabled such a complex automotive infotainment system for a major OEM. With our expertise in industrial HMI systems and in-depth working experience in Android, we hardened the Android OS and created a reliable product. This case study explains the features present in the system and role of Embien in creating the same.

The In-car infotainment system, Embien helped bring to market has large collection functionality as depicted below. 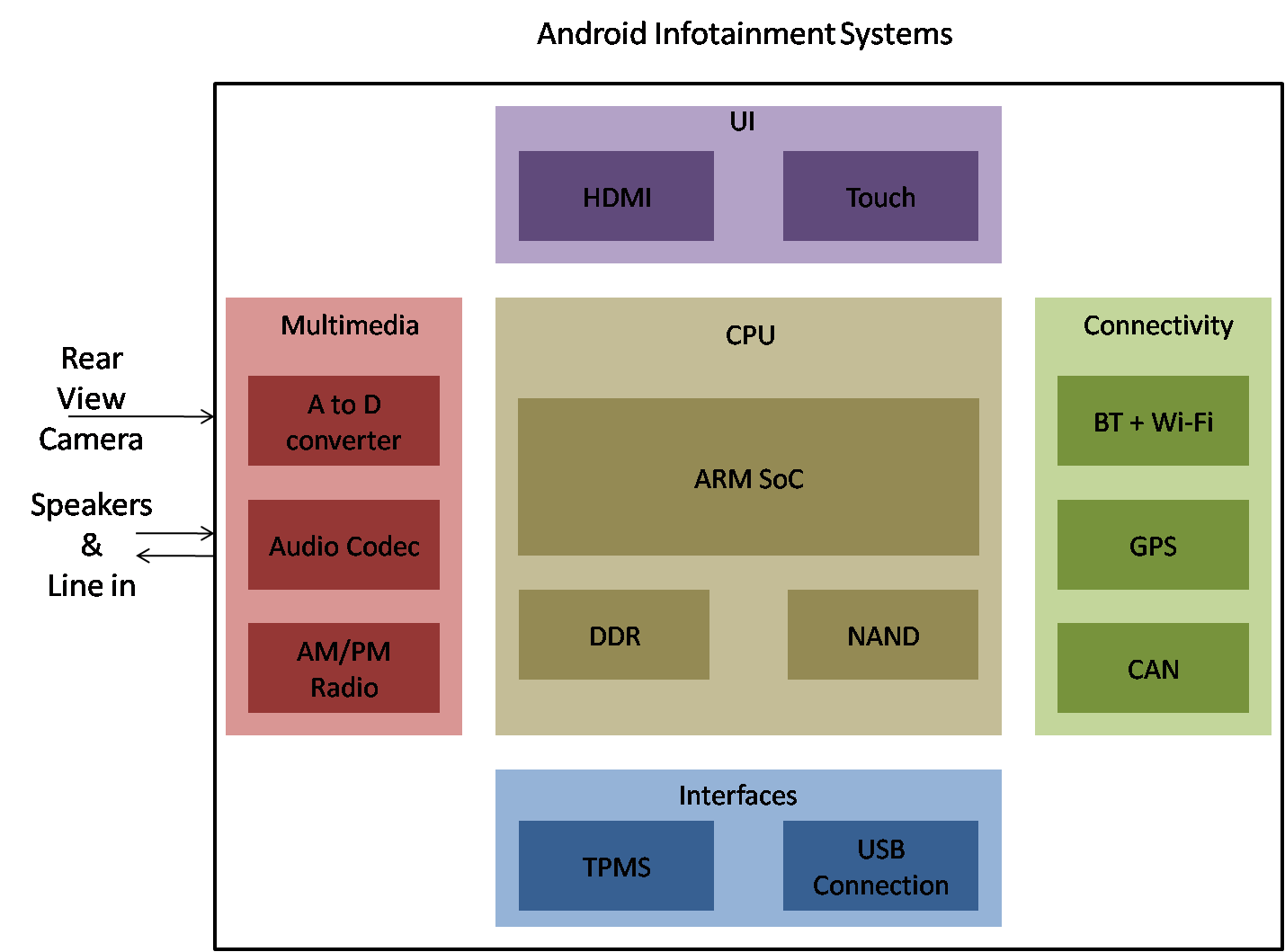 At the heart of the system is an automotive-grade multi-core Freescale/NXP iMx6 processor running Android KitKat version. The board also houses DDR and eMMC/NAND memory for storage. Power is managed by a dedicated PMIC chip.

About multimedia capability, multiple Line In and Line Out options are provided. FM/AM receiver is available onboard for playing radio channels. With the option of both LVDS and HDMI based display screens, it has a capacitive touch screen interface. And a USB Host socket is also provided to play from memory sticks. Reverse camera is connected over analog CVBS interface

On the connectivity part, the WiFi is used for faster communication while Bluetooth for short-range low data transfer. GPS receiver provides the current GPS co-ordinate of the car seamlessly and is integrated with the Android Location Manager Service.

The Infotainment system for cars also houses a Tyre Pressure Management module that receives instant pressure information from the tires. Mood LEDs are connected over PWM channels giving an attractive interior coloring. The Driving mode can be controlled with this system using a proprietary protocol via Android Custom Service. Option for CAN connectivity is provided for future expansion.

Embien ported the Android OS to the target, developed device driver for Android and services, and made sure all the components work seamlessly. A Smart Home App was developed to enable the user to quickly navigate between various available functionality and kept as the Home application. The overall app design was kept visually stunning and highly informative without needing the user to focus for a long time to understand the screen information.

TPMS information screen shows the current pressure from all the wheels in a graphical format. Threshold values can be set to configure the minimum and maximum values to indicate to the driver on crossing the extremes.

GPS support is provided to the pure Android head unit enabling navigation with Google Maps and other third-party navigation applications. As soon as the reverse gear is engaged, the capture from the Rearview camera is shown in the screen enabling the driver to navigate the car efficiently.

Multicolor LEDs can be configured to the required color and brightness using a dedicated screen available based on the mood of the driver. The driver can choose between different driver modes like economy, Sporty and Responsive with a single touch of the screen.

Customized player application is developed to handle the multimedia in the system as well as the Radio. Miracast is supported for screen mirroring over WiFi Direct. AVRCP +A2DP Bluetooth profiles are enabled to navigate the songs in the system and manage the playlist. Option for supporting Apple CarPlay and Android Auto services is available in the system.

Embien also customized the system on many levels including Home screens, logos, themes, custom Android boot animations etc to give a different brand-centric look and feel from a smartphone/Stock Android. The boot time is also significantly optimized and power consumption is optimized for longer battery life.

Embien thoroughly tested the Android infotainment system with a large set of test cases and qualified it for use as a product. Further CTS is also run to ensure ease of certification from Google when required by the vendor.

The In-car entertainment systems market is expected to hit $14.4 billion by 2016 and grow to 118 million units by 2019. With many players fighting to get a lion's share of the pie, there is a cut-throat competition. This can be won only with a feature-rich reliable system, of which Embien is a specialist service provider. Feel free to get in touch for such Android-based development requirements for your products. 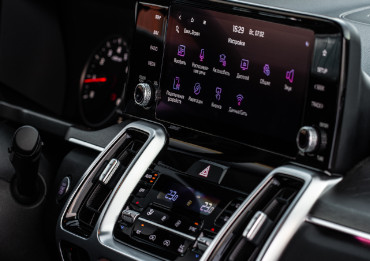