Embien developed custom FPGA based communication platform as a PCIe card to support hardware-based encryption and supported them in desktop computers by developing Linux device drivers and Windows device drivers.

For a defense application, there was a requirement to develop a communication platform with support for certain proprietary encryption/decryption algorithms. Multiple communication options including Ethernet, WiFi, etc were required to transfer the encrypted data. The whole platform was to be designed as a PCI Express device and platform will present itself as a communication card in a computer. The applications in the computer send data to their peers as a normal TCP/IP network. The PCIe card encrypts the data before transmitting it in the network. In the received side, the encrypted data is received and decrypted and sent to the upper layers for processing. The whole process is transparent to the applications.

Embien, with its rich experience in working with various drivers including PCI, PCIe, Ethernet, WiFi, I2C, etc along with its partner designed and developed the overall system. 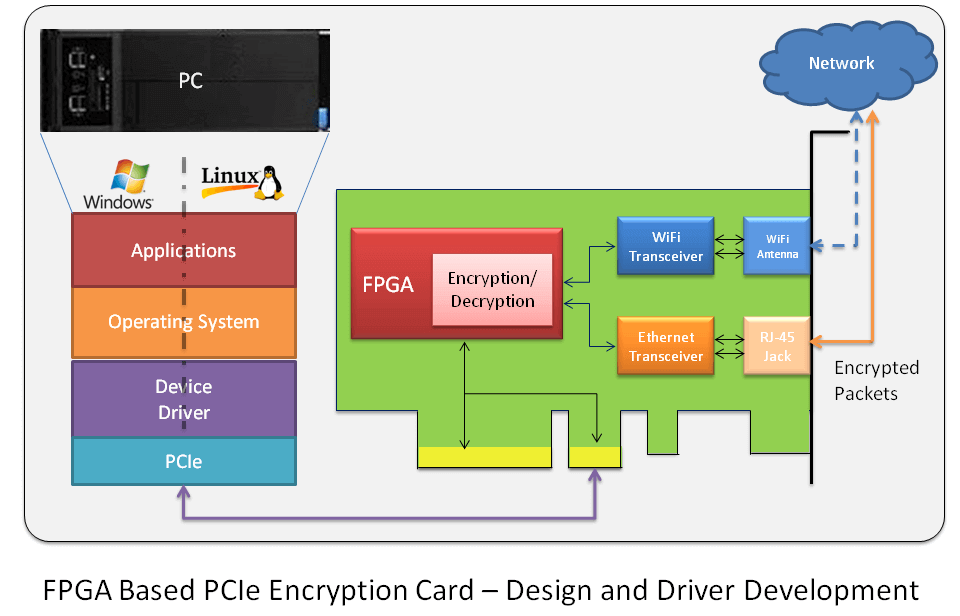 Apart from the embedded hardware development and the FPGA logic design, Embien also performed the following for the software.

Embien designed and developed the Linux device driver for the custom PCIe card. The driver is designed as a Linux network device driver. Also various extensions were added for supporting configuration of the encryption/decryption engine. Again certain validation procedures were executed before recognizing and activating the card.

DMA was used to support fast data transfer to achieve a higher throughput. The architecture was designed to support both 32bit and 64 bit systems.

Embien also designed and developed the Windows device driver for the card. All the features as supported in Linux, are supported under the Windows Device Driver framework. The whole system is successfully tested in the Windows environment for full performance.

Our Windows and Linux Driver Development expertise along with our in-depth knowledge of various operating systems and internal layers enabled us to successfully deliver the project working at highest possible performance in the shortest possible time. 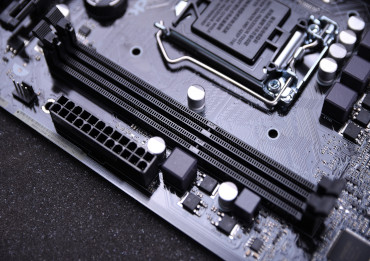